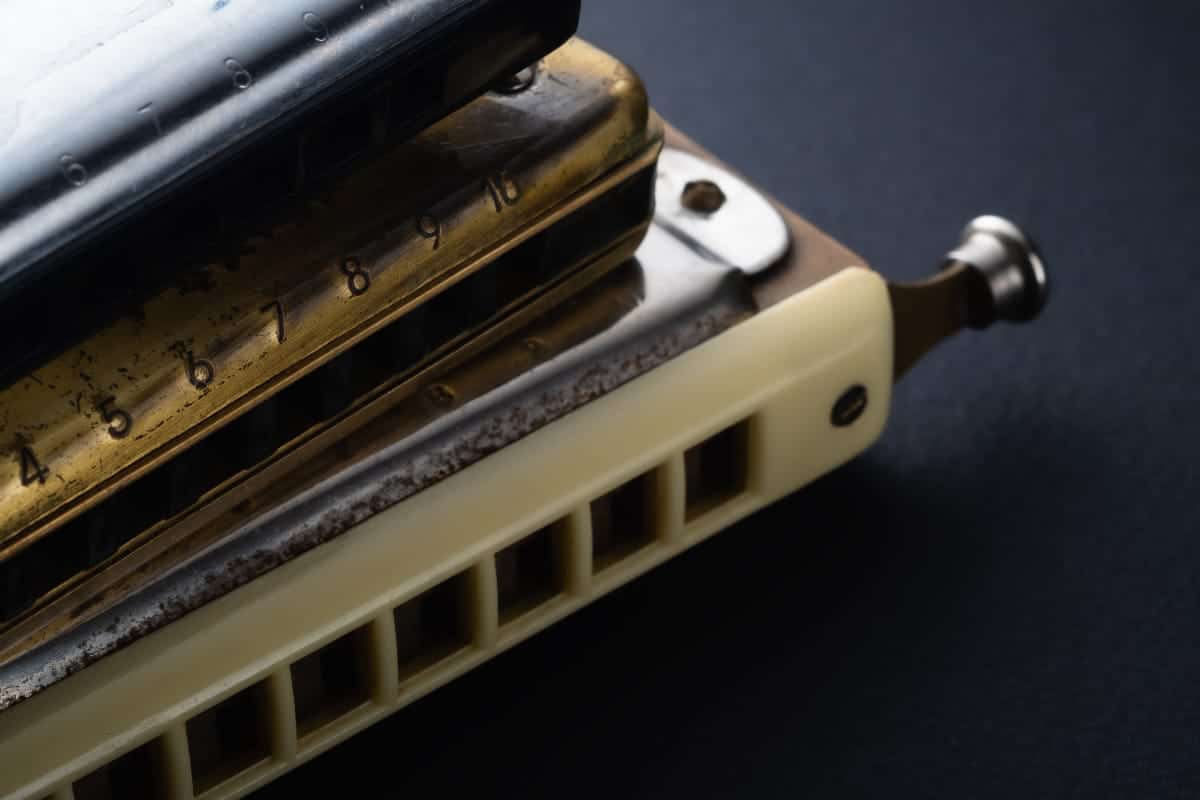 Finding the right instrument for you doesn’t have to be difficult. The conclusion of our research shows that while all types of harmonicas could be used in classical music, the Chromatic harmonica would be the best.

The harmonica has an interesting and long history that sees it being developed in 19th century Europe. Those in China and East Asia were also known to use the harmonica in many of their songs. Over time, the use of the harmonica spread, and more and more versions of it began to pop up. Germany, Japan, and China have become the world’s largest producers of harmonicas, although some places in the US also manufacture harmonicas. This means that the instrument is easily accessible no matter what part of the world you’re in. Today, harmonicas are even used in musical genres, from folk to blues and even country.

When most people think of classical music, however, a harmonica is probably not the first, second, or even third instrument that comes to mind. Cellos, violins, and pianos are among the top players in the world of classical music.

Think hard – do you know of any famous classical harmonica players off the top of your head? Probably not. Some would be shocked to learn that a harmonica isn’t an instrument reserved only for blues and soul music. In fact, a harmonica is perfectly capable of delivering beautiful notes, even in a classical music setting. To prove it, we’ve done our research.

Artists like legend Buddy Greene, who once played a classical harmonica medley at Carnegie Hall, and Larry Adler have paved the way for the harmonica’s use in classical music and continue to inspire people worldwide to do the same. They are shining examples that harmonicas are severely underrated musical instruments.

The type of sound you hope to produce all depends on the type of harmonica that you use.

There are several types of harmonicas for you to consider, and the one you get should be one that best produces the sound you’re looking for.

We understand that it can be time-consuming to do your research before purchasing the right harmonica, so we’ve taken the work out of it for you. Here, we’ve narrowed down the top three best harmonicas for classical music that money can buy.

This type of harmonica is the most common and more widely used out of all of them. This is because it’s based on a familiar set of notes: do-re-mi. These notes are taught to us early on and, for the most part, stick with us. Because of its familiarity, the Diatonic Harmonica is the easiest to play. You might even find them sold as toys in various children’s stores! The Diatonic Harmonica is designed to play in just one single key as opposed to several different ones.

As you may already know, the sound that comes from your harmonica relies mostly on your breathing. Inhaling is mainly used to produce tone, while the breath is more focused on activating and influencing the reeds’ behavior outside your vocal tract. Your hands also play a big part in the sound you make with your chromatic harmonica.

Cupping your hands around the harmonica or even using your tongue to block holes are all ways of customizing the sound you want to make. It’s also a way of controlling your instrument and manipulating it to produce the notes you want.

The Seydel 1847 is what we recommend for a Diatomic Harmonica. Its classic look and professional quality will surely be a pleasant surprise. It’s very responsive to chords and overblows and costs around $85.

Chromatic Harmonics are a little different than Diotonic ones. They have a button-activated lever that forces air to two reed plates, including all the notes in the 12-tone western scale. Because Chromatics are bigger than Diotonics, they can be a bit harder to maneuver. However, their size also provides rich-sounding effects you wouldn’t be able to get with another type of harmonica.

The Hohner Super Chromonica is the most highly recommended chromatic harmonica to use when wanting to play classical music. It’s made from brass and stainless steel and comes with traditional cover plates and 48 reeds. Surprisingly, it only goes for under $200. However, there are other Chromatic Harmonicas like the Hohner 7535/48 Silver Concerto that would also be perfect for playing classical music. That is if you don’t mind paying a cool $10,000 for it.

So why exactly are these harmonicas so expensive? It’s because each instrument is custom made— down to every single detail. The covers and body of the harmonica are made from solid 925 sterling silver, which makes for a beautiful harmonica and provides a much richer sound.

This harmonica is known because of the two reeds that it has, per note. One is sharper than the other. As a result, it causes a sort of “echo” that produces a distinct sound. The sound happens in both reeds as the instrument is being played, producing a wavering tremolo sound. Some people think the Tremolo sounds like an accordion, but others have compared it to the sound of a 12-string guitar. The Tremolo is a bit more limited in sound than the Chromatic and Diatonic but is still a good harmonica.

There are two types of tremolo harmonicas— the 24 holes and the 21 holes. The 24 holes are mainly used in China, while the 21 hole is more often used in Japan. However, both types are easily interchangeable. The tremolo is an easier instrument fortune because you don’t need to bend notes or force the reed to generate a different pitch since all the notes are already there.

So what Tremelo Harmonica should you get? The Suzuki Humming tremolo harmonic would be the one we recommend. Each reed is tuned a little higher than the other so that when played together, this slight difference in tuning creates a stunning vibrato (or shaking) sound. At the time of writing, this harmonica is sold for just under $75.

Orchestral and Ensemble harmonicas are perfect examples of just how versatile harmonicas can be. They are meant to be played in harmonica ensembles or a solo act and come in various pitch ranges. They are technically chromatic instruments and are usually played in an East Asian harmonica orchestra. They have bigger reeds, and the “horn” gives it a different timbre. There are several different kinds of orchestral melody. Another kind of orchestral melodic harmonica is polyphonic. These will have twelve chromatic notes side by side in the same row. For the most part, you can blow and draw of the same tone. There is an exception, though— the No. 7 blows only.

When it comes to an Orchestral Harmonica that is right for you, we recommend the Suzuki SBD-39 Orchestral Double Bass Harmonica, which projects a rich and beautiful sound. It’s perfect for projecting sound and allows the person playing it to have the ultimate control. If you’re going to splurge on anything, why not let it be on a beautiful new harmonica! While on the pricier side, it’s worth every penny.

As you can see, a harmonica isn’t just mean to be used in a folk band. In fact, the harmonica can be used in many different genres of music and is an instrument played all over the world. It can create a variety of beautiful sounds, including those that are typically associated with classical music.

While all types of harmonicas could be used in classical music, the Chromatic harmonica would be the best.

This is simply because of the wider range of notes it has and its ability to be so versatile. When classical music is written for a harmonica, it is typically composed for the Chromatic Harmonica. However, if you are just getting started with the harmonica, we recommend you start with the Diatonic. Diatonic Harmonics have an easier scale to follow and are not as complicated as their counterparts. Not to mention they are usually cheaper and more widely available than other types of harmonicas.

Harmonicas can not only produce beautiful sounds, but they are also some of the more affordable musical instruments out there. They are also beautiful to look at! This instrument is perfect for those who want to test their music skills but want to stay under budget.

So while we have given you several options to consider, it’s up to you to decide what harmonica produces the sound you’re looking for at the end of the day. What are you waiting for?

Hi, I am Steve McRae. I'm an Industrial Engineer but have worked as a Project Manager in a big IT corporation for the past 10 years. I am also a husband and father to two lovely young kids. I love tech in general, which my wife reminds me of every time I bring home a new gadget or IoT device (even though she is very tolerant about it). My family has grown accustomed to the noises emanating from my office when testing out new products! I now run TopReviewedTen.com. Through this site, I help people like you get valuable information that helps you decide which product is best. My reviews usually come from my experience researching products I purchased and used. All I am doing is revealing my findings to you.

Harmonicas are small musical instruments that need no introduction. They make beautiful and soulful music, yet they fit conveniently in a pocket. Most people are introduced to harmonicas as children...

Continue Reading
link to The Best Harmonica For Country Music

Look no further. We’ve got all the answers. Country music has been around since the 1920s and comes from all sorts of interesting backgrounds. Its roots are blues and folk, among other things,...

TopTenReviewed aims to be your go-to destination to find the most valuable products in the popular categories. Be it hi-tech gadgets or home decor items; we’ve got you a hand-picked list of products, making the highest waves in the markets. Of course, quality is one point of comparison. Others being utility, budget, and popularity. A product that scores the maximum on each of the crucial parameters is the KING of the list, followed by the second BEST and other products near-perfect to meet the standards.

Some recommended products may use affiliate links. TopReviewedTen.com is a participant in the Amazon Services LLC Associates Program, an affiliate advertising program designed to provide a means for sites to earn advertising fees by advertising and linking to Amazon.com. Amazon and the Amazon logo are trademarks of Amazon.com, Inc or its affiliates.